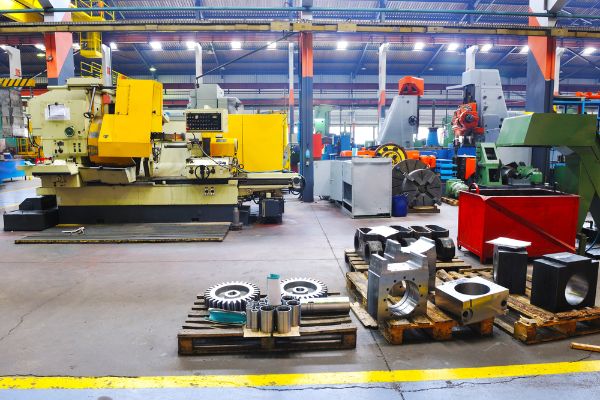 The fourth industrial revolution is upon us, the digital transformation, and even though it’s only a few years old it’s already bringing huge changes to manufacturing.  There’s a very good chance that the factories of 10-20 years from now will look quite different from the factories we see today!

When discussing these upcoming changes, it’s easy to be abstract – discussing data, cloud systems, and other hard-to-visualize concepts.  So, let’s get more down to earth.  Here are some of the major changes we’re expecting to see come to manufacturing at the ground level.

The days of a company pumping out millions of identical copies of the same product are probably coming to an end.  Modern digitally-driven assembly lines and robotics systems are easier to retool than ever before, not to mention the potential in various 3D printing technologies to simply take any CAD file and make it real.   This means there won’t be as much need to stockpile large quantities of items.  Smaller customized batches are becoming much more efficient to create, allowing for a greater level of customization than would have previously been realistically affordable.

The factory of the future may look more like an Industry 1.0 workshop.  As robots and other autonomous devices handle more and more of the production process, that’s going to reduce the need to make these production facilities human-friendly.  A workspace can be made significantly smaller, once you don’t have to make room for dozens or hundreds of people working alongside the equipment.

This could easily result in much smaller physical footprints for facilities, without compromising output.  Or, greatly increasing the output from facilities with the same footprint as today by increasing the density of production machinery.

Facilities may not even need to be located near to each other, at least not much longer.  There was a recent very impressive demo, from robotics manufacturer YuMi, in which they had two robots synchronized across 1.5km doing the exact same task in realtime.  This wasn’t pre-programmed, the instructions were being instantaneously transmitted to both robots via 5G networks.

That sort of instant remote access to robots and other automated units could have huge impact on where and how production facilities are built in the future.

That same communications technology could also be used to speed up prototyping and other R&D production, with a robot creating an object in tandem with a human designer putting it together virtually within a CAD program.  VR systems will make this sort of real time virtual-to-physical creation even easier, allowing the designer to view the virtual model in 3D before interacting with a perfect physical version of their design.

One of the most basic and effective Industry 4.0 innovations, which we’re already seeing rolled out around the world, is the use of Internet-connected sensors on production equipment.  Heat sensors, pressure sensors, liquid flow sensors…  Anything that can be used to monitor production equipment can be turned into an IoT device that sends its data to cloud servers for processing.  From there, it’s simple to create AIs which monitor that data and look for any deviations from proper function.

So, physical problems such as an overheating component would be noticed within moments, giving the human overseers far more opportunity to correct the issue before it becomes a production-stopping incident.  For that matter, the AIs themselves will likely become robust enough to take some corrective measures automatically, before even calling in a human for hands-on work.