The 2 Most Common Sources of Conflict in the Sales Channel

When a company’s sales channel partners compete against the company’s own sales team, no one wins. The reason is obvious. We have seen it time and time again; competition for the same sales opportunities in the channel drives prices down, resulting in reduced profits for a manufacturer as well as its partners.

This is the essence of channel conflict. It can trigger a snowball effect. As conflict drives down profitability, frustration increases and morale drops throughout the sales channel. “Mindshare” is lost among sales partner employees. That simply means they dedicate less of their finite amount of thought and energy to a particular brand (and possibly more to a competitor).

When a company sells entirely through its own sales force, conflict is nothing to worry about. Adding an indirect sales model, however, inevitably introduces conflict. It can be managed, but first it’s necessary to understand the source of channel conflict. In our experience, channel conflict most frequently occurs for one of two reasons: friction in the channel and poor lead traffic management.

SEE ALSO: What is Channel Conflict? How Can I Avoid It?

A well-oiled machine generates very little friction. The same is true in the sales channel. When channel partners have clear and accessible methods for interacting with a manufacturer, they’re much more likely to have a positive association with the brand and thus more likely to expend effort selling it. In a friction-less sales channel, partners receive clear direction and support from a manufacturer, becoming more engaged with the manufacturer and more manageable.

When partners are manageable, it is easier to steer them away from situations that might become a source of channel conflict. We have found that effective support for a friction-less channel requires a balanced focus in each of these four areas:

READ MORE: How to Tell if You Are Getting the Most Out of Your PRM Software

Good salespeople naturally want access to the most and best qualified leads they can get. This is a common source of channel conflict. When a company sells products through both the direct and indirect models, unless there is a way to delineate territories and accounts across both channels, channel conflict will result. To eliminate competition and profit loss, companies need to establish “gates and fences” to assign and manage customers and territories.

One way to do this is with a lead registration system, which allows channel partners to register and protect new customers and sales opportunities. It should also give channel mangers the ability to authorize, approve, or redirect leads that are registered by competing partners so that the right partner pursues each lead.

PRM: The Solution for Both Sources of Channel Conflict

Modern partner relationship management (PRM) software can be used to overcome both of the sources of channel conflict we discussed here. By providing a single portal for all interactions between partners and a manufacturer (including for lead registration), PRM can smooth friction and increase partner mindshare. Using PRM tools, channel managers can define territories and assign leads, reducing the potential for competition for the same customers. 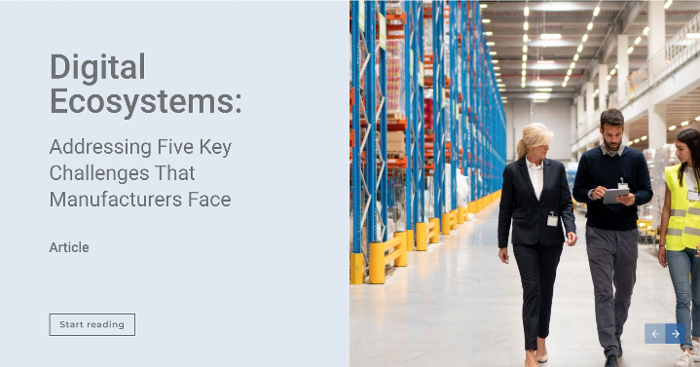 Industrial Customers Want a Digital Sales Experience: Can You Deliver?

END_OF_DOCUMENT_TOKEN_TO_BE_REPLACED

Five Ways To Support Your Sales Partners During Challenging Times