Out With The Old: Moving Beyond Outdated Channel Marketing

As channel marketing evolves at an increasingly rapid pace, one underlying truth remains:  The sales organizations that remain agile and stay on top of shifts in marketing are going to reap the most rewards.  Those who are unable to adapt, and continue using 20th Century methods, are going to find themselves falling further behind.  This is every bit as true for SMB as it is for global enterprises.

There has never been a more dynamic time in the history of marketing, with more opportunities for companies to adapt and stand out from the competition.

One of the key factors, therefore, is just being able to recognize when older methods are no longer working as they should.  In the next few blogs, we're going to look at some of these changes, and what steps your organization can take to adapt in time and embrace the future.

We're still processing many of the interesting ideas and revelations in the latest Hubspot State of Inbound Marketing Report, but one of the main discoveries it made was surprising simply in terms of how universal the opinion was.

In every market, at every level of seniority, in every region around the world, respondents reported that they saw paid outbound advertising as being the most overrated marketing tactic available.  In most cases, this was at a 3:1 or higher ratio over any other choice on the survey. They were especially negative towards outdoor paid advertising, but paid online marketing was the #2 choice by most groups as well.

Paid-for outbound advertising may have been marketing's bread and butter throughout the 20th Century, but its influence and importance is clearly waning.  The days of Mad Men are bygone.

The study did not dig too deeply into the roots of this belief, but observations of the advertising industry, as well as documented changes in buyer behavior, offer plenty of possible explanations.  Undoubtedly, this is an incomplete list, but just for starters:

We could go on, but you probably get the point.  While it would be incorrect to say that there is no remaining value in offline or outbound marketing, especially in certain niche demographics, the winds are shifting rapidly and there's little reason to think they'll shift back.


Inbound Marketing Is The Future

Simply put, if you or your channel partners are still heavily invested in outbound or real-world advertising, it's high time to start looking towards alternatives.  At least, not unless your markets are very specific demographics – such as the affluent or the retired – who are still heavily reliant on 20th Century media types.

Inbound marketing, social media, and creative outreach are where the majority of buyers are looking for information, and it's where your ecosystem's marketing efforts should be targeted.

In the next blogs, we'll talk more in depth about new options for marketing and ways that vendors can take the lead in helping their channel partners be more successful.  In the meantime, if you have your own thoughts about the past or future of marketing, please share them below in the comments! 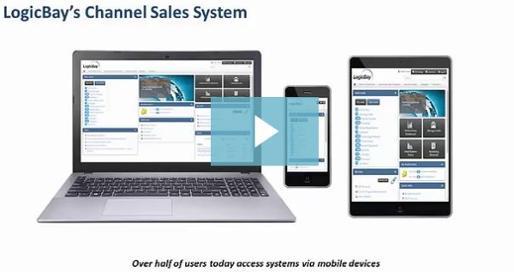