Navigating the Marketing Technology Landscape...Confused Yet?

Are you a marketer looking to for ways to improve your content delivery and user experience? Perhaps your focus is on boosting commerce and sales, or making sense of all that marketing data? Regardless of which objectives are at the top of your priority list, you've probably found yourself looking for some technology platform as a solution. If you're beginning to feel like the number of options is becoming overwhelming, you're far from alone. The world of marketing has exploded in recent years, to the point there are more companies and products out there than anyone can truly keep track of. Just look at that landscape!

Really, feast your eyes on that infographic from ChiefMartec. They catalog nearly four thousand different companies. (We're in there... somewhere.) And that's only the companies large enough to be notable, not to mention the dozens - or hundreds - of startups who've probably appeared on the scene since that was compiled last month.

Trying to pick the right partners in such crowded markets is a herculean task, and it's not getting any easier. The trick - besides doing plenty of research - is largely in understanding what your business needs, and focusing on those core necessities.

Figure out what's working, then  work on what isn't.

While most technological solutions are going to involve significant changes to your business or workflow, a total top-down revolution is probably not called for. After all, too much change too quickly can create all sorts of growing pains. So, one of the most important question to ask here is "What is working?" Because if it ain't broke, well, you know the rest.

Chances are, there are plenty of areas in your business which aren't in major need of change, at least not at the moment. By identifying these areas which don't need much, if any, new investments, you can significantly chop down the list of potential options or investments to investigate.

Focus your software investments on shoring up weak areas in your business. These will likely revolve around communications, data management, and other sectors where the technology truly has improved massively in recent years. Good data flow is a necessity for businesses these days. On the other hand, things like super-pricey marketing automation software probably isn't as necessary unless you are producing a lot of content and deal with a huge volume of leads (especially if your sales team is meeting all their targets).

Reliability is better than whiz-bang.

Pretty much every tech company out there is looking to wow you with fancy buzzwords and "proprietary processes" which they tout but usually don't describe in much detail. Maybe they have a great product and maybe they don't... but one can't look at that infographic without thinking that a lot of those companies are probably going to be out of business within five years. After all, we already saw this happen with the "dot-com bust" a decade ago.

And if your fancy new cloud-based SaaS provider goes toes-up, where does that leave you?

Don't hop onboard the hype train for a "latest and greatest" technology unless they have something substantial to back up their claims. Companies which have been in business for more than a couple years, or those who already have significant partnerships with major firms, are almost always going to be your best bet.

Who has the control?

Another major factor to consider when making tech investments is how much control you - and others in the organization - are willing to give up, for the sake of convenience. As we discussed recently in our blog about local versus cloud-based management platform solutions the solutions which are generally cheaper and faster to implement are also those which involve giving up a lot of control over ongoing maintenance and system upgrades.

This is a complicated issue, especially considering how relatively new SaaS solutions are, but the software world is clearly moving to the cloud. Internal politics are another aspect to think about: Even if a move to third-party providers makes sense fiscally, it could cause quite a bit of internal discord, if it takes away too much control from people in the organization. Knowing the other internal stakeholders involved in the buying decision will help you understand their priorities as well.

Generally, your best options will be software which empowers you and brings additional abilities, rather than limiting you. Look for plenty of customization options, as companies that can do customization are generally going to be able to ensure the power and control remains where you want it.

It's a complex and complicated time for business technology. There's no simple way to navigate the technology maze, but with the right partners and a little help, it certainly gets easier! As providers of Partner Relationship Management (PRM) technology, we are strong believers in focusing your efforts first on planning, and second on the technology solution. In fact, we have an entire program dedicated to those efforts! Check it out: 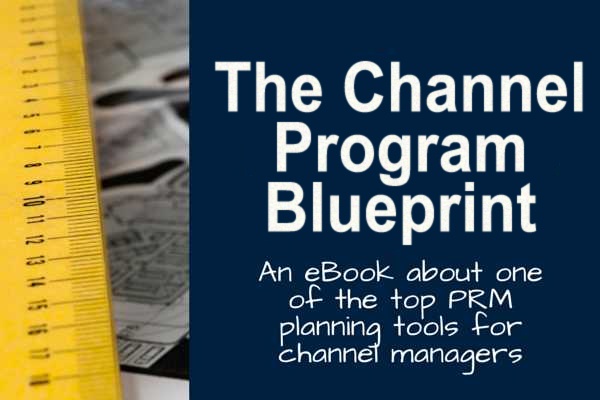