Instability In The Republic: Why The Jedi Needed Data Analytics

Looking back on the Star Wars saga over the decades, it seems like there’s a running thread throughout all its various twists: The people in power are always terrible at recognizing and responding to challenges before they become disasters. Whether it’s the Old Republic, the Empire, or even the New Republic, they just can’t seem to see the arising issue before it’s too late.

Despite all the high technology – and literal magic – available to people in that galaxy far far away, it seems like what they needed most was a good set of data-driven analytics tools! If any of the dominant regimes had some proper data collection and reporting capabilities, the history of the Skywalker clan almost assuredly would have been much different!

In the spirit of the latest Star Wars filming being released tomorrow, here are four times the Star Wars universe needed analytics (and what that means for you!) 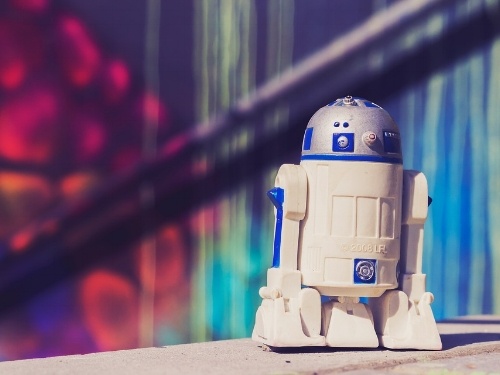 1. The Rise Of The Separatists

The Old Republic would have never fallen if not for the Separatist Movement, a collection of mostly business interests who had become dissatisfied with the current government and formed their own Confederacy of Independent Systems. Their core complaints often took relatively minor incidents, like the Naboo blockade, and used them to make the Republic Senate look ineffective.

Basically, this was a PR problem. With some citizen/customer satisfaction style polling systems in place taking regular samples of the public attitude, the Republic Senate could have been on top of this problem long before any talk of separation occurred! Any good vendor would do well to keep tabs on its own partners and their level of satisfaction, before they separate and join with other vendors instead!

Many things led up to Anakin’s betrayal of the Jedi, but one thing is for certain: Leaving him on Coruscant as one of the only remaining leaders on the Jedi Council was a very bad idea. Why did this happen? Because the Jedi were over-stretched. They had sent so many of their members to far-flung worlds like Kashyyyk and Utapau that they couldn’t effectively maintain control.

A more decentralized software-based oversight system could have made all the difference. Are you able to keep your own core resources in place and functioning, even if an unexpected disaster strikes your business? If not, it might be time to think about a more flexible software set that allows for remote oversight.

3. The Empire’s Inability To Find The Rebels

Following the destruction of the Death Star, the Rebel Alliance fled their base on Yavin and went into hiding – and the Empire needed to find them. Ultimately, they sent thousands of probe droids all across the universe, yet it still required Darth Vader’s Force-enhanced intuition to figure out their hiding place on Hoth.

Not that we’d like to see this, but clearly the Empire would have been much more successful using automated data-collection and collation systems. The data from millions of sources could have been analyzed, along dozens or hundreds of vectors of comparison. If you’ve got a lot of data to sift through to find your own needle-in-a-haystack, analytics is the way to go.

4. The Rise Of The First Order

Defeated governments rarely disappear entirely. So-called “Rump States” form whenever an ex-government is deposed and goes into exile. So it was with the Empire, following the Battle of Endor. The remnants of the Empire moved into the Outer Rim, and the Unknown Regions beyond, hiding out and preparing to strike back at the New Republic. Ultimately, this rebranded First Order were able to amass an army and build the most destructive weapon yet seen, which obliterated the New Republic’s capitol planet along with several others.

With the right data systems, keeping track of key economic indicators across the galaxy, they could have had a much better idea what their foes were up to. Your own competitors are undoubtedly laying their own plans. If one began a major push for purchases or hiring, would you have enough data to spot it happening? Modern systems can give you incredible power to track economic activity across the Internet.

Tie Your Ecosystem Together With LogicBay

LogicBay can deliver the tools you need to monitor and maintain satisfaction among your partners, analyze data from both internal and external sources, and -of course- ensure you can maintain oversight from anywhere. (Even on Kashyyyk.)